As summer approaches and the school year comes to an end, many of us hug our friends goodbye and we see them back at school in three months. However, for some, such as those with a graduation or a big move looming over their heads, these goodbye hugs may be permanent.

Whether you’re heading off to college in the fall, starting work at a new job, or moving to a new home, or simply hanging out for the summer, early June is a time of transition.  School ends, the weather changes, and you probably can’t help but feel a little bit scared as well as excited about the changes. Here at Teen Voices HQ, we like to use these times of transition and those feelings of anticipation to set goals. It doesn’t matter where you are in your journey through life, whether it is graduation time or right in the middle of your middle school years, hopes, dreams, and goals are important to articulate and achieve.

No dream is too big. Check out our article on Kathleen Hassan; the body prayer for dreaming and achieving that she shared at the Girl Up event at Mother Caroline Academy is really helpful. Simply close your eyes and think of your dream. Once you have that clear, you already have a big goal set. Now that you have your goal, write it down and post it up somewhere that you’ll see it every day. This visual aid will give you a daily reminder of something you’re working toward.

You can also take part in The Legacy Project’s “Share the Dream” video, which was inspired by a Texas school district. Students, teachers, and administrators all read from Dream: A Tale of Wonder, Wisdom and Wishes; now it’s your turn. Get a group together and read Dream. At the end, share your own dreams on camera and upload the video onto YouTube. Now the whole world can be inspired by your dream!  And now you’ll feel compelled to work toward it!

Having the dream is the easy part; the hard part is getting there. Break down the big picture: what are the baby steps you need to take to achieve your goal? Why are they important? How will they help you do what you want to do? Make a calendar and set dates for each of your mini goals. When you reach them, celebrate! You deserve it.

But when the going is slow or rough, you may need some inspiration. Here are some creative tips for setting goals and staying on track:

There are plenty of other ways to share your dreams, as well. Read our blog on Frank Warren and the PostSecret project.  And don’t forget to head on over to the Artist of the Month Contest page. This month’s theme is “Dreams”—so get out your pencils and paper, brush and canvas, or camera and tripod, and show us your interpretation of what it means to dream. You could win some great prizes, and I’ll be that’s on your dream list!

Hassan teaches the girls where their power comes from: positive thoughts.

“There are girls in this room who feel like they’re not good enough,” Hassan began. “Some are starving themselves. Some would do anything to fit in.”

At this event, Hassan inspired the audience, teaching them where their power comes from—not from putting others down to build yourself up, and not from the media, which sexualizes women and portrays an unattainable image of perfection.

According to Hassan, 85 percent of women and girls have felt worse about themselves after looking at a fashion magazine and 86 percent of self-talk (thoughts) is negative. This happens because, to their detriment, many women and girls today tend to seek their worthiness and confidence from outside forces.

As a healthier model, Hassan teaches girls to get their power from within, instead of from the media, by choosing love over fear. She said, “Thoughts become things… wanted or not.” We emit energy with our thoughts; if they are negative, we will attract negative people and situations, and the energies will feed off each other, becoming more and more negative. On the flip side, if we emit positive and powerful energies, we attract powerful and positive people.

Negative images and energies infiltrate the thoughts of all young girls, but Hassan said we all have an emotional guide system that gives us the tools to “recalculate” those thoughts to something positive.

Hassan taught the audience two strategies to recalculate and achieve. Give them a try so that you, too, can feel confident and worthy and choose love over fear.

Soerny Cruz, a graduate from the program, "achieves" in the final part of the Body Prayer.

The second strategy is the use of affirmations. Hassan suggested that everyone pick one affirmation from the list that she showed (these short sayings were accompanied by inspiring photos and the melodic voice of Bruno Mars singing “You’re amazing, just the way you are”) and repeat it every day for a month, as it takes a month to create a new habit. Here are just a few of the affirmations:

Readmore about NEDAwareness week and Teen Voices’ Artist of the Month Contest and vote on the March art—March’s theme was “Beauty is More than Skin Deep.” Learnmore about Mother Caroline’s adult education, shining star, and mentoring programs, including events and how to get involved.

Posted in eating disorders, images of women in the media, self-esteem, teen program 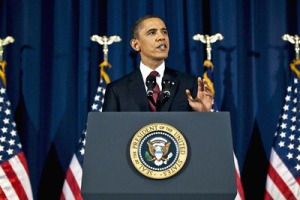 On January 24, President Barack Obama made his annual State of the Union address. In it, he touched on important issues that will come up in the next few months as he campaigns against the Republican candidate.

While discussing his plan for economic growth, this year’s top priority, he said, “You see, an economy built to last is one where we encourage the talent and ingenuity of every person in this country.  That means women should earn equal pay for equal work.” This statement, short as it is, is important.

While women may have the right to vote, and sexual discrimination when hiring and at the workplace is illegal, women in the U.S. continue to earn less than men for equal work (approximately 78 cents to every one dollar. And let’s not forget about women of color, who are paid even less. The National Women’s Organization reports “African American women earn only 61 cents and Latinas just 52 cents [compared to every one dollar men earn for equal work].”

Since the beginning of his term, the President has been dedicated to this issue of pay equity. In fact, in 2009, the first bill that Obama signed into law was the Lilly Ledbetter Fair Pay Restoration Act. When Lilly Ledbetter neared retirement, she learned that her male co-workers were paid more for equal work. The case went to the Supreme Court where the Court ruled that the statue of limitations had passed—she should have filed the suit within 180 days of the first sign of pay discrimination. The Lily Ledbetter Fair Pay Restoration Act, which amends Title VII of the Civil Rights Act of 1964, says the suit can be filed 180 days after the most recent paycheck that shows discrimination, thereby making it much easier for women to file for claims in cases of pay inequity. 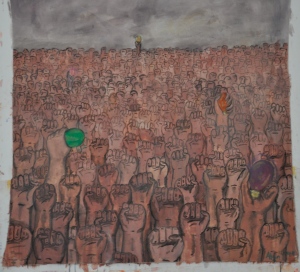 Obama’s support of the Lilly Ledbetter Act three years ago was critical to its transition from an idea to a legally enforceable mandate.  And this year, Obama is making it clear that he is still committed to pay equity.  Two days after his State of the Union Address, Obama uploaded a video to YouTube explaining why he signed the Lilly Leadbetter Fair Pay Restoration Act into law and why he supports the Paycheck Fairness Act (S. 182/H.R. 12), which some have called the “next step” toward equality and ‘closing the wage gap.’ This bill passed the House in January, but still needs to pass the Senate before it becomes a law.  The act looks to remedy pay discrimination based on sex.

If it were to pass, the Paycheck Fairness Act would work to end the discrimination of pay between women and men by implementing specific regulations and creating more opportunities for women to be paid equally, and to protest when they are not. Some of these regulations include requiring education, training, and work experience as determinants in or reasons for a change in pay or position. Additionally, employees would be legally allowed to discuss their wages with co-workers, if they so wished, which would enlighten someone if he or she was being underpaid. Women would be given the chance to participate in negotiation training, where they would develop skills to negotiate their salary. On a broad scale, the bill would bring a great change to the workforce practices in place today.

While it is heartening that the Paycheck Fairness Act has been reinstated for debate in Congress since our blog entry: “Congress Votes Down Paycheck Fairness Act” in November 2010, there is still a long way to go before this bill becomes law. As young women, this law may not seem relevant to you yet, but it is. Over the course of your lifetime, it could mean millions of dollars more in your pocket.

As the 2012 Presidential election approaches, we hope to see this wage gap issue and other women’s rights issues discussed among the candidates.

For more on the Paycheck Fairness Act and Obama’s policy on equal rights, visit the following websites: the National Organization for Women, the American Association for University Women, and The President’s Record on Equal Rights.